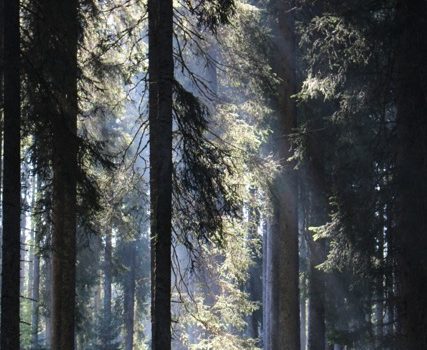 Trees and plants provide a positive mindset in the minds of urban residents from all over the world.

Research shows that when people have been in nature or look at nature in the garden, then they have more power over their attention. This ensures a higher form of concentration. The fact that our brains are temporarily not exposed to a bombardment of attention stimuli from the urban environment, and for example from our telephone and e-mail, makes it possible for us to think and act in a more focused manner.

The attention on something is shaped as a gateway through which all information must pass. All of our information must pass through this port to our brain. However, due to many stimuli from outside, sounds, colors and movements, we see that this costs a lot of energy in the busier environments such as the city. In research we see that people who had to look at urban images move their eyes much faster and then fix themselves on details. This behavior was different when this group of people had to look at nature photos. The eyes were soothed by the green, and they moved quietly over the image.

It is therefore logical that people in a city should make more effort to keep their attention focused on what they are doing. As a result, they are more likely to rely on other reserves for the neurotransmitter dopamine.

The battery runs out of power, the work memory goes back and self-control becomes difficult. The temptation to snack is therefore also greater. The effect is comparable to that of a slight sleep deficiency, which has been proven to lead to obesity.

A natural environment forms a pedestrian island for the overloaded spirit. Trees and plants are not only soothing, they also evoke a mild fascination. Fascination dims the involuntary attention. Many studies confirm the pedestrian island effect.

Unfortunately, we also see that people who are further away from nature are also not so focused on nature and do not consciously look for it. This phenomenon can mainly be seen in people who were born in the city and who have no nature experiences. This ensures that the desire for green has come to the background.

Green in the city is therefore of enormous value. Fortunately, more and more attention is given here. Unfortunately, however, we also see that out of costs consideration (maintenance) there is still too little money to be deposited, since it is only costs and can not be directly recounted to the customer.

In the future, this will have to be considered differently. Cost benefits: health and well-being, for example, are huge cost items. When people feel sick due to lack of nature, or are not comfortable. When this problem is seen more, these costs will also be paid from other sources, at least let us hope.

The Influence of Nature